We’re officially halfway through the season! The last week gave us a great spin on how the College Football Playoff may end up. With Washington State and Clemson taking bad losses against Cal and Syracuse, respectfully; along with Washington falling to Arizona State, the top of the rankings got a little bit of a shuffle. Most of everything else went according to plan across the country. Miami and Oklahoma won their games that came down to the wire. And Boise State pulled out a big win against SDSU late Saturday night. Week 8 has a schedule of games that shouldn’t disappoint, so let’s dive right on in to the action!

This is a shameless plug for my favorite team. Iowa State heads to Lubbock to take on Texas Tech in what could end up being a heck of a matchup. Texas Tech has been a fairly decent team so far this year, with their only losses coming to Oklahoma State and West Virginia. Iowa State is coming to town fresh off a complete and utter beat down of Kansas. There’s potential for some spectacular offense in this one, so make sure to keep your eyes peeled!

In your ice filled tailgating cup, add in 1 part citrus vodka and 1/2 part Grand Marnier. Don’t be afraid to maybe even hold off the Grand Marnier a little bit, as too much of it can be a bit overpowering. With the room left in your cup, fill with equal parts cranberry juice and lemonade.

Day At the Beach 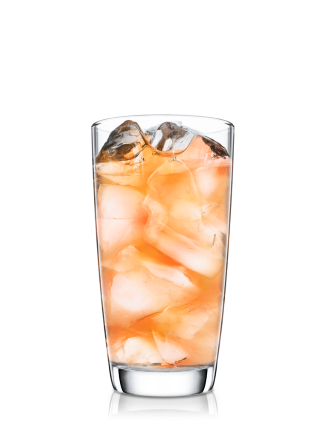 The afternoon games are really pretty blah. A whole lot of double digit spreads. I guess Oregon-UCLA has a chance at being a decent game. Josh Rosen is always a bit fun to watch, because honestly I’m still not sure what you’ll get from him from week to week. I’ll stick to the Syracuse-Miami game for the inspiration for this one. Odds are, this won’t be much of a contest. But Syracuse just took down big, bad Clemson, so maybe they’re reinvigorated and ready to take on the world (probably not).

Fill your cup with ice and add in equal parts Malibu and amaretto. Fill up the remainder of your drink with orange juice and top with a splash of grenadine. Give it a good shake or stir, depending on your preference, to mix all your ingredients in a wonderful harmony.

The games that take place in the primetime slot are decently impressive.The Fightin’ Harbaughs head to Happy Valley to take on PSU, the next chapter of the USC-Notre Dame rivalry takes place, and if that doesn’t get you fired up, it’s almost impossible to pass on the Jayhawks taking on TCU! With good games all over the place, let’s kick this into high gear with long standing tailgate tradition: FIREBALL!

In your glass, mix in equal parts Fireball and vanilla vodka for this adventure. Top off with your cola of choice. Give a decent stir and strap in for football fireworks!

Tailgate Beer of the Week!

A classic beer with a classic taste. Like the other beers to be featured in this segment, it’s pretty easy to drink through the afternoon and works well for all of your tailgate games. You might get some strange looks and a couple giggles around a tailgate with this one, but the youths around are going to be curious about this mystery beer they are probably unfamiliar with. So this week, enlighten the youths!

This week should be a lot of fun. Some quality games from beginning to end, with a minor lull in the middle. As always, I’m pulling for everyone to come away with a big victory and we’ll see you here next week! Happy tailgating!